On-deck: The Cards take on the Los Angeles Dodgers tonight at Busch Stadium in St. Louis at 7:15 p.m. This is the second game of a three-game set. This series will finish a six-game home stand before the Cards take to the road on a 10-game trip.

Birds’ Perch: The Cub and Brewers both won yesterday, the Cardinals keeping pace in the NL Central with their 11-inning win last night. The Cubs keep a firm grip on first place, the Brewers 5.0 games behind in second place; the Cardinals 5.5 games out and a 1/2-game behind the Brew-Crew.

Wainwright’s finger: Rehabbing Adam Wainwright threw a bullpen session at Busch Stadium yesterday, about 30 pitches. He may pitch one or two rehab starts, and most likely, will throw for the Memphis Redbirds, the Cardinals’ Triple-A affiliate, Saturday.

Tummy taking longer: Rick Ankiel’s abdominal strain has kept him out of the regular lineup a little longer than expected. He will continue to be available for pinch-hitting duties versus the Dodgers in their current series, but is under orders not to lay on the after-burners when it comes to running.

Lopez the Nat now Lopez the Card: The Cardinals have signed Felipe Lopez, who was recently released from the Washington Nationals. Lopez was an All-Star in 2005, and has plenty of major league experience. He plays middle infield, mostly second base.

Ryan down: In order to make room on the roster for recent pickup Felipe Lopez, the Cardinals have optioned infielder Brendan Ryan to Triple-A Memphis.

Whatcha done for me lately? These minor leaguers in the Cards’ system have done something lately, in fact, yesterday.

In a recent 4thebirds… poll, you were asked which Cardinals’ pitchers you though would be 20-game winners this 2008 season. Here are the results by percentage:

On deck: The Cards are in New York for what will probably be their last games ever in Shea Stadium as the Mets will be moving to a new facility next season. The Cards will be in New York to start a seven-game road trip; three games with the Mets and four in Atlanta. The road trip will take the Cards through the July 31 trade deadline. 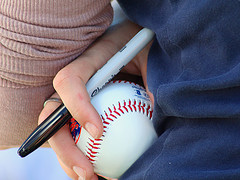 Boggs has been a welcome fresh arm for a troubled starting Cards’ rotation, winning three in a row before the Mets roughed him up pretty good in his last outing before being sent back to Class AAA Memphis. The 10 out of 11 earned runs the Mets pounded Boggs for accounts for most of high lofty ERA.

Pelfrey has given up the longball lately, according to the St. Louis Cardinals Official Web Site, but his prior record suggests that was an unusual occurrence.

Birds’ Perch: The Redbirds are roosting in third place these days, not yet close to any danger of slipping into fourth in the NL Central, but slipping into a slightly uncomfortable zone in relationship to the second place Breweres and first place Cubs, three and four games behind, respecively.

Streaky worries: The Cards current lock on third is due to a several-game spread between them and the teams above and below. But the first place Cubs have won their last two in a row, the second place Brewers are on an eight-game tear, and chasing, the Reds have won their last two while the Pirates have a four-game winning streak alive. About the only team not on the positive streak is the last place Astros, who, like the Cards, have lost their last four. Yikes!

Whatcha done for me lately? These are the Cardinals with the most in the last seven games.

On-deck: The Cardinals will try to avoid a sweep by the Milwaukee Brewers tonight at Busch Stadium in St. Louis. Game time is 7:15 CDT.

Birds’ Perch: The Cards currently hold third place in the NL Central, three games behind the first place Cubs, who won last night. The Brewers are two games ahead of the Cards in second place, having beaten the Cards for the third time in a row last night.

Chris Carpenter rehab: The former Cards’ ace is still slated for a start tomorrow night for the Class AAA Memphis Redbirds. Although the hopes of the Cardinals’ front office is that Carpenter will go to the parent club for a start against Atlanta next week, Carpenter feels it is more likely he will need another minor league start to properly prepare.

Colby Rasmus injury: It is now likely after the results of an MRI that revealed a strain to his left knee that the Cardinals’ number one prospect will be out for about a month. This will cause him to miss the summer olympics and could end his chances for a September call-up to the parent club.

Hot and cold: Since the All-Star break, the Cards have won four in a row, and are now in danger of losing four in a row.

Ballpark VIllage update: Reportedly, the eyesore of a hole in the ground next to Busch Stadium now has its future in order, the Cardinals supposedly having come agreements with the City of St. Louis and contractors as to how to proceed with construction. Completion of the project which is supposed to have a hotel, some residential space, and lots of retail square footage, is not forecast to be done prior to next year’s All-Star game, to be hosted by the St. Louis Cardinals. Two years from finalization of plans and a construction start is the best estimate of completion.

With C.C. Sabathia slated as the starting pitcher, St. Louis fans will get a chance to see how trading vs. not trading works out for both teams.

Bird’s Perch: The Cards now hold a solid third place, not something they wanted to hear considering team they’ve lost to for the last couple of nights has put them in that position. The Cards are now a full two games behind the first place Cubs and one full game behind the second place Brewers.

Not good when considering two wins versus two losses over the course of the Brewers stay in St. Louis so far would’ve put the Brew-crew down and put the Cards in a tie for first place. Not bad when you consider how two heartbreaking losses can occur and the Cards are still only two out of first.

Barton starts rehab: Brian Barton comes off the DL and starts a 2-day rehab assignment today with the Memphis affiliate.

Whatcha done for me lately?  The most productive Cardinal hitters in last night’s loss were:

On-deck: The St. Louis Cardinals will play the Milwaukee Brewers tonight in 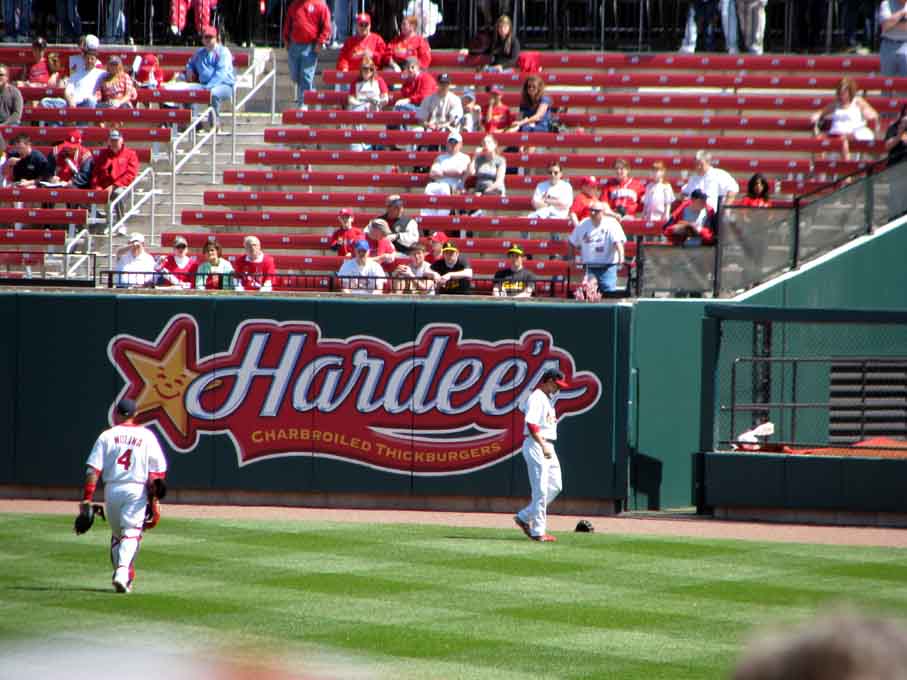 Probables: The Cardinals will throw their ace, Kyle Lohse RHP (12-2, 3.35) against a former Cardinal, Jeff Suppan RHP (5-6, 4.71). Suppan has just come off the DL with what has been described as elbow irritation.

One up, one down: Yet another activation took place on Sunday, lefthander Jaime Garcia sent down to Triple-A Memphis. Mitchell Boggs has been re-called to the parent Cardinals. Tony La Russa has stated in so many words that the move was designed as a precaution to a starter getting knocked out early. With Boggs (basically a fresh arm in place of Garcia, who had just started Sunday) in the bullpen, La Russa can go to him instead of eating up so much of a pen that has its troubles as it is, even when fresh. There would be no sense in making that situation worse then it already is.

Whatcha done for me lately? The the last five games, Kyle Lohse has pitched the most at 7.0 innings.

Because Braden Looper got bombshelled in his three innings of work, he sports a huge 18.00 ERA.

Looper also hit the most batters in the previous five games, but only one. No other Cards’ pitcher hit a batsmen.

Giving up the most home runs with 2-each was Looper and Jaime Garcia.

Three Cards’ pitchers are tied for the most strikeouts at four-apiece: Lohse, Garcia, and Brad Thompson.

NOTE: Pitching stats taken from small samplings tend to look either quite outstanding or simply awful, depending on the particular stat.

Break time: The Cardinals are now off during the All-Star break, three days, and will return to action on Thursday, July 20, at Busch Stadium in St. Louis where they will start a home stand versus the San Diego Padres.

Whatcha done for me lately? Over the first half of the 2008 season, these are the Cardinals who lead in:

On-deck: The Cardinals take on the Pittsburgh Pirates at PNC Park in

After the break: The Cardinals will finish up the first half of the season against the Pirates today, then enjoy the All-Star break. Their next game isn’t until July 17, when they will take on the San Diego Padres at Busch Stadium at 7:15 p.m. CDT.

Ankiel scare: While at bat yesterday, Ankiel sent down on a swing, possibly turning an ankle or twisting his knee. He left the game. At the time of this post, the only word was that Ankiel should be able to participate in today’s game.

Tons of offense, no win: In the Cardinals loss to the Pirates yesterday, offense was not the issue. Some of the better performances were turned in by:

Using up the arms: The Cardinals used seven pitchers in yesterday’s slugfest, five of whom were scored upon, all the runs earned.

Not scored upon: Springer, Villone